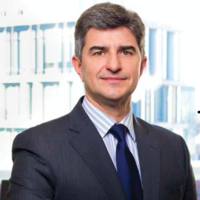 Dr. Yury Gogotsi is Distinguished University Professor and Trustee Chair of Materials Science and Engineering at Drexel University. He also holds appointments in the Departments of Chemistry and Mechanical Engineering and Mechanics at Drexel University and serves as Director of the A.J. Drexel Nanotechnology Institute. He served as Associate Dean of the College of Engineering from 2003 to 2007. He received his MS (1984) and PhD (1986) degrees from Kiev Polytechnic and a DSc degree from the Ukrainian Academy of Sciences in 1995. His research group works on various nanostructured carbons and other nanomaterials. He has co-authored 2 books , edited 13 books, 16 book chapters, more than 550 papers in peer-reviewed journals including more than 30 papers in Nature family journals and Science, more than 55 patents filed (many licensed to industry), delivered more than 200 invited lectures and seminars. He has been cited over 85,000 times (Google Scholar) and currently has an H-index of 133 (Google Scholar) / 116 (Web of Science).

He has received several awards for his research including the International Nanotechnology Prize (RUSNANO Prize), NANOSMAT Prize, Nano Energy Award (Elsevier), The European Carbon Association Award, S. Somiya Award from the International Union of Materials Research Societies, G.C. Kuczynski Prize from the International Institute for the Science of Sintering, R. Snow Award from the American Ceramic Society (five times), I.N. Frantsevich Prize from the Ukrainian Academy of Science, R&D 100 Award from R&D Magazine (twice) and two NanoTM 50 Awards from NASA Nanotech Briefs. He has been elected a Fellow of the American Association for Advancement of Science (AAAS), International Society of Electrochemistry, Royal Society of Chemistry, Materials Research Society, American Ceramic Society, the NANOSMAT Society, the Electrochemical Society, as well as Academician of the World Academy of Ceramics and Full Member of the International Institute for the Science of Sintering.”

Research in the Nanomaterials Group (NMG) is focused on the fundamental and applied aspects of synthesis and characterization of carbon nanomaterials (graphene, nanotubes, nanodiamond and nanoporous carbons), 2D carbides and nitrides (MXenes, BN, etc), and composites. The focus of current projects is primarily on synthesis and applications of MXenes. NMG develops and studies new nanomaterials and works closely with industry with the goal to significantly decrease the time from discovery to commercial application of new materials.