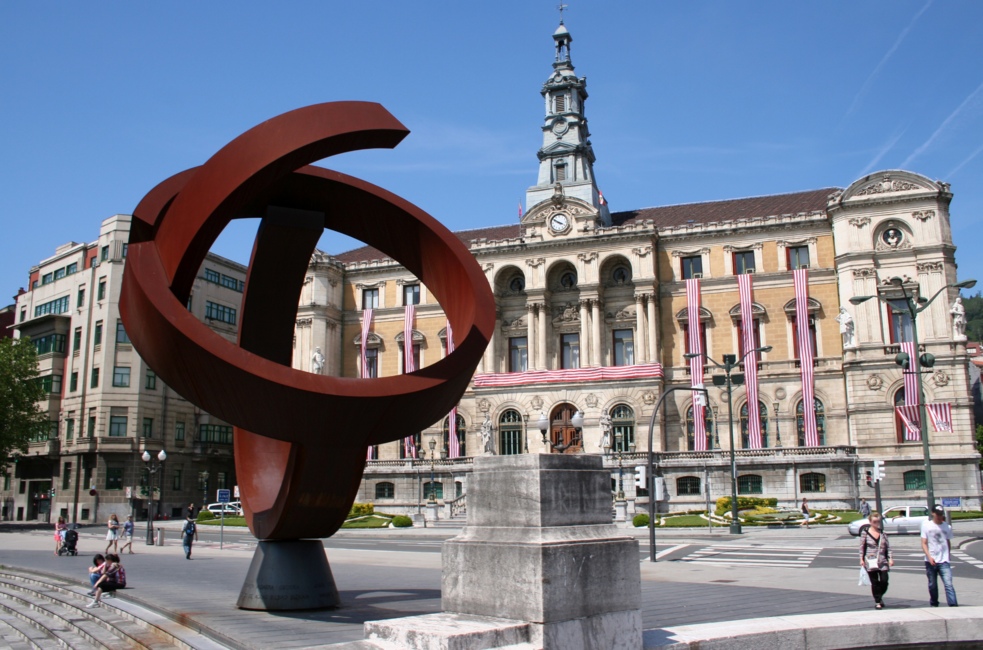 At the beginning of the second year of the Master course, the class is split into 3 equal groups and one third spends its semester in “Universidad del Pais Vasco – Euskal Herriko Unibertsitatea” (UPV/EHU) in Bilbao, Spain. The added-value value of this laboratory is synthesis, characterization and testing of catalytic materials, thermal energy storage and prototyping.

University of the Basque Country

The University of the Basque Country is the public university of the Basque Autonomous Community. It has campuses over the three provinces of the autonomous community: Biscay Campus (in Leioa, Bilbao, Portugalete and Barakaldo), Gipuzkoa Campus (in San Sebastián and Eibar), and Álava Campus in Vitoria-Gasteiz. It stands out as the main research institution in the Basque Country, carrying out 90% of the basic research carried out in that territory and benefiting from the good industrial environment in the region.

Centro de Investigación Cooperativa (CIC) Energigune is an organisation specialising in research in a particular scientific or technological area considered to be of strategic importance for a region’s economic and social development. Their purpose is to pool the resources and competitive research work of different agents, who form a partnership through the CIC itself. Their quest for excellence in research makes them a key instrument in meeting some of the targets set out in the Basque Government’s 2010 Science, Technology and Innovation Plan, which sets out the lines of action for making the region a European benchmark in innovation.
To involve society as a whole in this target, the government encourages the creation of networks of interaction between the different agents involved in the development of each strategic area and - by extension - in the competitiveness of the Basque Country.

Bilbao is the new modern face of the Basque Country. The city has been able to successfully mix traditional Basque culture with a new vision for the future. It is an absolute must for design and culture lovers. In addition, Bilbao is surrounded by green hills and is within close proximity to the coast.
Bilbao is the beating heart of the Basque Country and its largest city. It is the most cosmopolitan of the cities in the region and is constantly evolving. Bilbao ballooned in population during industrialization and prospered through steel production, shipping, ship building and banking. However, by the 1970’s the city had developed into a gray smokestack and a serious economic crisis had arrived. A new plan was devised and Bilbao started its journey of rebirth. Old industrial complexes along the river Nervión were torn down and new projects to improve infrastructure and the overall growth of the city were started. Bilbao now boasts having the Guggenheim Museum designed by architect Frank Gehry, a timeless Metro system designed by Sir Norman Foster, an airport from Spanish architect Santiago Calatrava and a community center (Alhondiga) designed by Philippe Starck. The list goes on and on.
Today, Bilbao is sophisticated and humming with action. But at the same time is relatively stress-free. It is a great city to check out and it has a lot to offer visitors. Whatever you are looking for, whether it’s savory Basque cuisine, Basque culture, shopping, nightlife, etc., you will find it here.

Not to be missed in Bilbao :

International relations of the Engineering Faculty